← more from
Lady Blunt Records
Get fresh music recommendations delivered to your inbox every Friday.
We've updated our Terms of Use. You can review the changes here. 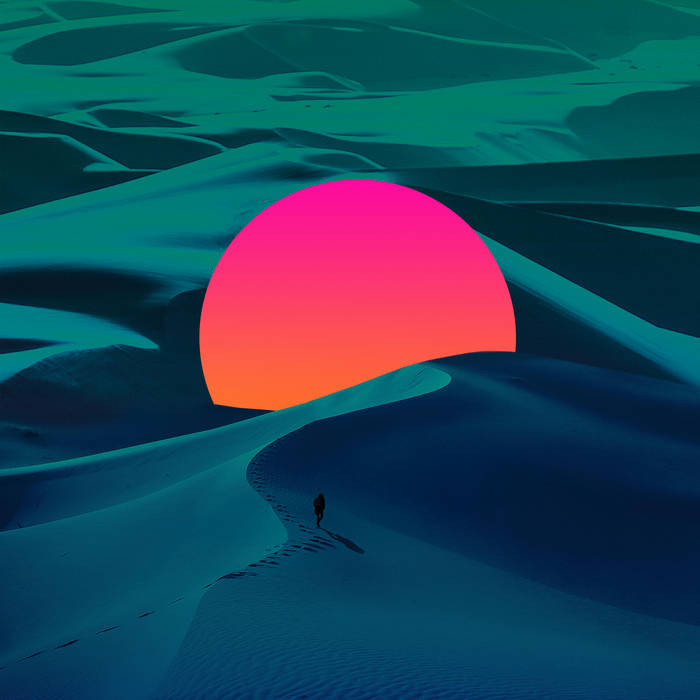 The eight-track LP is Cabeki’s most experimental work to date, the outstanding result of tireless musical and artistic research. With this work we are catapulted into a real “Cabekian” cosmos, full of stratification, imagery and references that mark the strong personality of the artist as well as his valuable talent. Avant-garde, classical, electronics, folk blues come together giving the perfect balance to a magnific opus.

With this album, we realize that the musician’s experimentation becomes more and more complex and interesting. The album is entirely produced, composed, arranged, recorded and mixed by Cabeki, who is a real one-man band. The tracks are in fact recorded live and all the instruments are played simultaneously by the artist, involving both hands and feet. The dreamy and visionary sounds come from an acoustic guitar split in four channels (acoustic sound; amp with tremolo; digital grain delay / octaver; Wem Copicat tape echo), an Animoog synth managed with the feet through a keyboard’s sustain pedal with which the melodies are played and a Sound Master pedal drum machine from 1982.

“Da qui i grattacieli erano meravigliosi” is a work carrying a strong personality, the output of a deep and complex process. “The album represents for me a reflection on the false progress, on the sense of omnipotence that characterizes the human race, and of which we are now paying the consequences. Skyscrapers in the twentieth century were a symbol of power and greatness, like the towers in medieval cities, and of these probably only a few steel skeletons will remain”. Cabeki’s words tells us the source concept of his inspiration and throw us into a melancholic but empathic dimension, which also gives space to dream and hope: a world in which the past, the present and the future intersect creating a very unique mixture of sonorities and styles.

His music translates emotions and images, it assembles elements from different eras and contexts and becomes a perfect, involving, balanced, brave kaleidoscope of sound.

With his fourth album, the guitarist nourishes the great continuation of a sophisticated and varied solo project, evolving and reinventing its path with experimentation expertise. Unlike the previous albums, what you hear while listening to the record is exactly what you will hear while participating in his live performance. The tour “Da qui i grattacieli erano meravigliosi” will start with a presentation of the album in Milan, Italy at “Germi”, on April 18, 2020.

About Cabeki:
Multi-instrumentalist, composer and arranger, Andrea Faccioli started studying classical guitar at the age of nine and continued independently the study of the instrument, also approaching the electric guitar and folk guitar, deepening the finger picking technique. He is passionate about mechanical instruments, as well as folk chordophones such as Banjo and Cumbus (Turkish oud) and vintage instruments such as Autoharp, Bell Harp and Ukelin.
In the early 2000 he founded the indie rock bands Lecrevisse (Jestrai/Audioglobe) and Il Generale Inverno (Jestrai/Audioglobe). In the following years he dedicated himself to experimental music and improvisation with the bands Einfalt (El Gallo Rojo Records) and Å (Die Schachtel Records). His solo and instrumental project Cabeki started in 2010 and released three albums (Tannen Records/Brutture Moderne/Audioglobe). He is currently collaborating with several theatre companies, both as a composer and as a musician on stage, and with documentary and short film directors.
Over the years Andrea Faccioli collaborated with bands, musicians and songwriters of various musical backgrounds, including Andrea Belfi, Julia Kent and Stefano ‘Cisco’ Bellotti (former voice of Modena City Ramblers). He is currently the guitarist of Vasco Brondi (Le Luci Della Centrale Elettrica) and Baustelle.

Bandcamp Daily  your guide to the world of Bandcamp

sndtrak stops by with an Album of the Day Feature of his most recent release, FLIPS V1: Triple Lindy